AREA COVERED BY OUR MINISTRY

The territory it covers measures some 330 km from north to south and 200 km from west to east.

The area covered is divided into 9 discipleship districts, each of which is under the control of a district superintendent (Please zoom in till all 9 of them are visible). These are the following:

1. Chicualacuala in the north bordering on Zimbawe and supervised by Americo and Lucy Uthui. They are assisted by one part-time teacher and together they run 2 classes, totaling 52 students.
2. Mapai, second from the top, is supervised by Adalberto and Juvencia Matussi. They are assisted by three part-time teachers and together they run 9 classes, totaling 111 students.
3. Mabalane, third down the line, is supervised by Nelson and Tina Muiambo. They are assisted by two part-time teachers and together they run 6 classes, totaling 43 students.
4. Massingir, on the left (western side) is supervised by Gloria Simango. This is a new district and she is still on her own and running two classes totaling 52 students.
5. The 4 districts in the central cluster (please zoom in to see more detail) seem to be very close to one another but are in fact up to 30 km apart and since this a densely populated area, each district has the ability to establish 20 to 30 classes. They comprise of:

6. Ndindiza, in the east, is supervised by Andre and Emelia Canhane. They are assisted by two part-time teachers and together they run 13 classes, totaling 156 students. 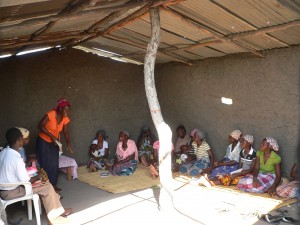 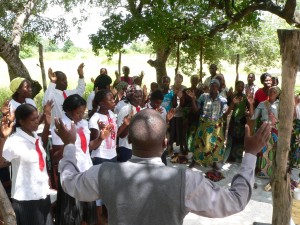 To be able to convene the classes right in the midst of where the students live, we use whatever accommodation is available, even gathering under a huge shade tree if necessary. Usually the meeting will be held in a local “church building” constructed with poles and mud under a corrugated iron or thatched roof  and able to take up to 30 people. 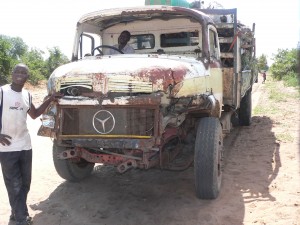 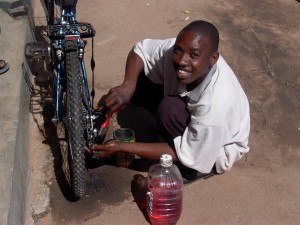 In the remote villages where most of our work is done, students normally walk up to 5 km to attend their classes.

What poses more of a problem, is for the teacher to get to the class. He or she either walks there, travels by bicycle for up to 30 km, goes by taxi, sits on the back of a lorry crowded by other people and all sorts of goods, even a cow tied down. For crossing the Limpopo river, a boat may be available. The mostly dirt roads are often no more than two tracks winding through the bush and so flooded during the rainy season that, when traveling by vehicle, one has to find your way round the marshes by chopping open a way through the undergrowth. Other traffic on the main roads are dangerous in that they are in a poor state of repair, overloaded and some of the drivers are not all that considerate of other road users. 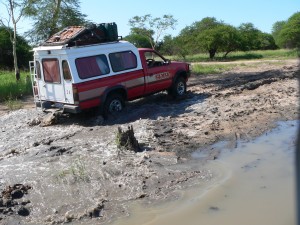 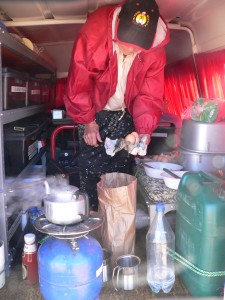 (The founders of the Mission had an ample share of traveling experience as they penetrated inland to reach the more remote villages.)

COURSES ARE PRESENTED FREE OF CHARGE

“Freely it has been given to you, freely give.” (Matt 10:8) The courses are presented free of charge, especially because most of the people in the remote areas are too poor to pay for their tuition. They live by what the soil produces and in some homes you would hardly ever find any money.