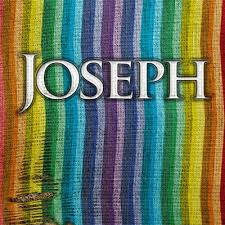 JOSEPH AS TYPE OF CHRIST

JOSEPH had an exceptionally intimate relationship with Jacob, his father, and it was clear from his father’s conduct that he intended to prefer him to the status of firstborn and heir, although he was his second youngest son (Gen 37:3).

JESUS as the only Son of God, was also his Father’s beloved Son in Whom He was well pleased, and the only heir of all of His Kingdom (Math 3:17).

JOSEPH was separated from his father for 23 years while in Egypt as slave and then as ruler.

JESUS left heaven for 33 years during His incarnation and where He was hanging on the cross, He was also spiritually separated from His Father, causing Him to cry out, “My God, My God, why have You forsaken Me!” (Math 27:46).

Joseph and Jesus had both, early in their lives, received prophecies regarding their future ministries.

JOSEPH: The robe which Joseph’s father gave him,  was more than just a beautiful piece of clothing, it also carried a prophetical message, because it was a full length garment with long sleeves, made of expensive material like the robe of a king, whereas the common people and shepherds, wore a knee length garment made of cheaper material and having short sleeves or no sleeves at all.  Then he also had two dreams that his parents and brothers would bow down to him as to a king.

JESUS also received prophecies regarding His role and status by the angels that appeared to the shepherds, as well as by the wise men who saw His star and concluded that an exceptional King had been born to the Jews and they brought Him presents and worshiped Him.

JOSEPH’S flawless lifestyle is typical of, although not equal to that of Christ.  Nowhere in all  of his biography is any sin mentioned that he committed, even in the midst of severe trials and temptations (Gen 39:7, 8). This stirred up the aggression of his brothers.

JESUS was tempted by the devil in the desert for 40 days but never succumbed (Math 4:1).  Later in His life He called out, “Which of you convicts Me of sin?”  (John 8:46).  Even during His trial before Pilot, no guilt could be found in Him (John 18:38).  He was the spotless Lamb of God.  If He  had even only once said a wrong word, He would not have been able to deliver us from sin.

JOSEPH:  Not the heathen, but Joseph’s own brothers, planned to kill him (Gen 37:4).

JOSEPH was sold to the Ishmaelite traders for 20 pieces of silver (Gen 37:28).

JESUS was betrayed by Judas and delivered into the hands of the Jewish leaders for 30 pieces of silver (Math 26:15).

Joseph’s brothers saw the fear in his eyes and heard the anguish in his voice when they cast him into the well and  later sold him to the Ishmaelite’s (Gen 42:21).  In Egypt, in the jail, his body was bruised by iron shackles (Ps 105:17,18).

JESUS when pleading with His Father in Gethsemane that the cup of His crucifixion may pass Him by, His sweat became as drops of blood (Luk 22:44 and Heb 5:7).

JOSEPH was unjustly found guilty by Potiphar and locked up with criminals (Gen 39:12-20).  In  prison He had  an exceptional  good relationship with two convicts and to one of them he brought a joyous word that he would be reconciled to the king and re-instated in his earlier position (Gen 40:6 – 13).

JESUS was unjustly condemned to death and crucified with two convicts.  To one of them He brought a pleasant word that He would on that very same day be re-admitted to Paradise (Luk 23:32).

JOSEPH’S brothers’ hatred for him, resulted in his becoming a great blessing to the heathen and their lives to be saved (Gen 47:25).

JESUS’ rejection by his fellow Jews, lead to his becoming the Saviour for the whole heathen world (Matt 28:19).

JOSEPH’S unblemished life lead to his exaltation.  As from childhood he walked with God and in the midst of severe temptation, he continued to be a worthy ambassador for the Lord, therefore He could appoint  him as second in command of Egypt knowing that he would not fail Him.

JESUS: More so, was Jesus perfect in righteousness, “You have loved righteousness, and hated iniquity; therefore God, your God, has anointed you with the oil of gladness above your fellows.” (Heb 1:9, WEB).  His Father exalted Him way above every other being in His Kingdom: “Therefore God also highly exalted him, and gave to him the name which is above every name” (Phil 2:9, WEB; Eph 1:20 – 22).

JESUS commenced teaching the principles of the Kingdom at the age of 30 (Luk 3:23).

JOSEPH’s dreams that spelled a great future for him, that he would become a ruler, initially seemed to come to nothing.  His life went downhill for 13 years, first as slave and then as prisoner.  To the outside world, he was as good as dead.  Then suddenly he was escalated  to the highest place.  He was removed from prison, appointed over all of Egypt, wore Pharaoh’s signet ring on his finger, was clothed in fine linen, drove through the land in Pharaoh’s second best chariot, one and all had to make way for him and his word was law (Gen 41:38 – 46).

JESUS’S ministry kicked off with great fanfare because of the miracles He performed.  Thousands of people followed Him and even wanted to crown Him by force, but when He started addressing their sins, they turned against Him and his ministry ended where He died on a cross.  Jesus’s exaltation also was all at once and complete.  His glorification started at His burial when, though He had been crucified like a criminal, was laid to rest in a rich man’s grave, then raised from the dead by God, appeared to His followers in a glorified body, ascended to heaven and was seated at the right hand of the Father.  The time will also come when every knee shall bow before Him and every tongue confess that He is the Christ, the anointed of the Father (Phil 2:9-11).

JOSEPH was able to give to his family food, clothes, wagons to transport them and a fruitful land in which to settle.   He was also able to provide food to all of the known world (Gen 41:55).

JESUS: “When he ascended on high, he led captivity captive, and gave gifts to men.” (Eph 4:8).

JOSEPH: Joseph’s brothers day of squaring off came when their betrayal was revealed and they had to bow before him in shame and fear (42:21; 45:3).

JESUS’ ”brothers” the Jews, have, during the past ages, suffered much; could their rejection of Him have played a role in this?

JOSEPH: At his first, “appearance” to his brothers, he was to them just another one  of Jacob’s sons, a brother  in the family, and they paid no attention to the prophetic word which God had spoken over his life by the two dreams (Gen 37).  It was only at his second, “appearance” to them in Egypt that they saw and accepted him as king and saviour (Gen 45:3).

JESUS: At his first appearance, his incarnation, was seen by the Jews as merely the son of Joseph, the carpenter, but at his second coming they will see and accept Him as their Messiah and King. “They said, ‘Isn’t this Jesus, the son of Joseph, whose father and mother we know? How then does he say, ‘I have come down out of heaven?’””(John 6:42, WEB).  “I will pour on David’s house, and on the inhabitants of Jerusalem, the spirit of grace and of supplication; and they will look to me whom they have pierced; and they shall mourn for him, as one mourns for his only son, and will grieve bitterly for him, as one grieves for his firstborn”. (Sag 12:10, WEB).

JOSEPH: After being sold as slave to Egypt, was as good as dead to relatives.  His father was convinced that he had really died, with the result that when they saw him standing before their very eyes in Egypt, it was to them as if had been resurrected from the dead (Gen 45:3).

JESUS had, after His crucifixion, indeed risen from the dead and appeared to many of His disciples (Math 28:1-10).

JOSEPH married an Egyptian woman, Asenath, the daughter of Potiferah, the Priest of On (Gen46:20).

JESUS took for Himself a spiritual bride from the heathen nations. As Heavenly Bridegroom, He accepted none-Jews like Zacchaeus and millions of others as his spiritual bride (Luk 19:9).

JOSEPH said to his brothers: “ … I am Joseph, your brother, whom you sold into Egypt. Now don’t be grieved, nor angry with yourselves, that you sold me here, for God sent me before you to preserve life.”(Gen 45:5).

JESUS, while hanging on the cross, prayed for His persecutors saying, “Father, forgive them for the know not what they do.” (Luk 23:34).

JOSEPH first took the Egyptians’ money, livestock and other possessions, their fixed property and in the end themselves on behalf of the Pharaoh and they gladly gave up everything because he had saved their lives (Gen 47:23, 25).

JESUS:  When Jesus saves some-one from eternal death, he, together with everything he has, becomes part of God’s Kingdom (Gal 2:20).  All of this, the Lord Jesus eventually submits to his Father.